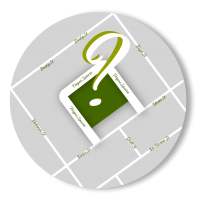 This matter was discussed at the Fiordland Community Board meeting on 30 June, 2021.

The board resolved to request Council investigate formally the gazetting of the unnamed recreational reserve as Fergus Square.

It agreed the memorial structure should remain at Fergus Square and Council should proceed with the opening/unveiling ceremony as previously planned.

Click here to read the Fiordland Community Board meeting minutes

The Te Anau Community Board was approached in 2018 by a member of the community asking to name the reserve in the middle of Fergus Square (the road) Cardno Reserve after former Southland District Mayor Frana Cardno, who lived on the street until her death. The member of the public had talked to others in the community and residents of Fergus Square and had their support.

Staff were asked to investigate this and a report went to the board mid 2018 which confirmed the reserve was unnamed. The board decided to name the reserve Cardno Reserve to honour Mrs Cardno and staff began the work.

The sign Cardno Reserve was put up earlier this year and since then the board and Council have received feedback that some members of the public do not think this is appropriate as many of the early residents developed the reserve themselves and it should not be named after someone else.

The board wants to know what all residents think about this and is asking you to fill out this form to let us know your thoughts.

Note: this survey has now closed.