On 11 May 2022 Council deliberated on the options presented, following the consultation period in March 2022 and public hearings on 27 April 2022.

Other options endorsed were:

Between 1 March and 1 April 2022, Council consulted on proposed changes to the draft Stewart Island/Rakiura visitor levy policy and bylaw.

There were 102 submissions received over the consultation period. People who made submissions were from:

There are 16 submitters who will speak to their submissions at hearings to be held 27 April 2022.

Council will deliberate on this matter on 11 May 2022.

The visitor levy helps to fund services, facilities and amenities for visitors while they are on the island.

Council is proposing to increase the Stewart Island/Rakiura visitor levy from $5 to $15 per visitor from 1 October 2023.

The proposed increase to $15 is to ensure visitors are contributing a reasonable amount towards these costs and to alleviate the rates burden of these costs on ratepayers.

Revenue from the levy is allocated to groups or organisations by way of application to the Stewart Island/Rakiura visitor levy allocation subcommittee, so funding for particular projects is not guaranteed. However, having increased funds available would provide further funding opportunities to assist with getting important work and activities completed.

The Statement of Proposal outlines in more detail the proposed changes to the policy and bylaw. The majority of submitters thought that the visitor levy should be increased from $5.00 (the current amount) and there was general support for increasing funds to protect and support the unique environment of Stewart Island/Rakiura. However, a number of submitters supported keeping the visitor levy at $5.00 due to the perception that an increase in levy quantum would make the Island an uneconomical destination for visitors. Those that did not support an increase commented that the increasing cost to reach Stewart Island/Rakiura was impacting on family connectedness and the quality of life for the increasingly aging population on the Island. Many comments were made on the timing of the proposed levy increase, given the current economic climate. 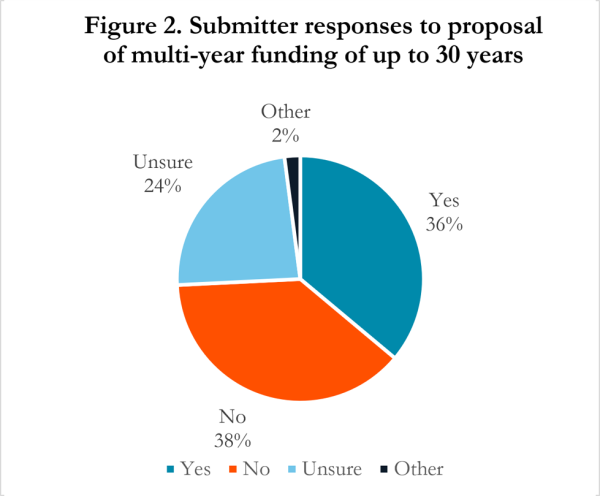 There was general support for the Stewart Island/Rakiura Visitor Levy Allocation Subcommittee being able to commit to multi-year funding, however, of those submissions in support, a slight majority considered the current approach of being able to commit funding for ten years, most appropriate. Feedback suggested that uncertainties, such as Covid impacts, climate change and evolving technology, mean that thirty years is too long a period to provide a financial commitment to. Feedback in support stated that the ability to commit funding of up to thirty years recognised the long term nature of many infrastructure projects and that the time period gave long term certainty and security – these submitters did however caution that the circumstances would need to be exceptional.

During the consultation process, submitters also provided feedback on issues such as what levy funds should be used for, who should be considered exempt and the need for increased communication and transparency from Council.

Got a question? Check out the Q&A section.